If on the occasion of the June trip to Scotland last year I liked, this time it was completely conquered.

It ‘was one of those trips were born a bit’ with an apology – the invitation to the marriage of a person who does not see a long, long time – at the end of which the reentrant Magone feel it all, and you go back home with in his pocket a list of things to see, places to come back next time, much longer than the things you have seen.

A planned trip of 5 days, from Tuesday to Sunday, with the wedding in the heart from Aberdeenshire who has committed us all day on Thursday.

An itinerary that goes from Edinburgh to Skye Island  following the coastline along the Whiskey Trail, then moved to Inverness and Loch Ness.

Here, for example, Inverness I touched for the second time and it looks really nice – when I return I’ll have to dedicate at least one day – and then Edinburgh, which is to die for, so gothic and mysterious: I’ll have to carve out a little ‘time to stop here, next time, to enjoy it again.

A thousand kilometers or more that they showed us the essence of Scotland, from rolling hills where the count sheep make the sleepless night, the sheer cliffs dominated by the skeleton of mysterious castles, ancient fishing villages hidden in bays forgotten by the rest of the world until you get to those immense and majestic spaces seen for the first time in  Highlander , a film as a child i have seen dozens of times, despite Kurgan movimentasse whenever my worst nightmares.

In this post you can find a quick overview of what has been my journey: the various drafts then I’ll tell you in other posts in detail.

From Edinburgh to Skye: the complete itinerary. 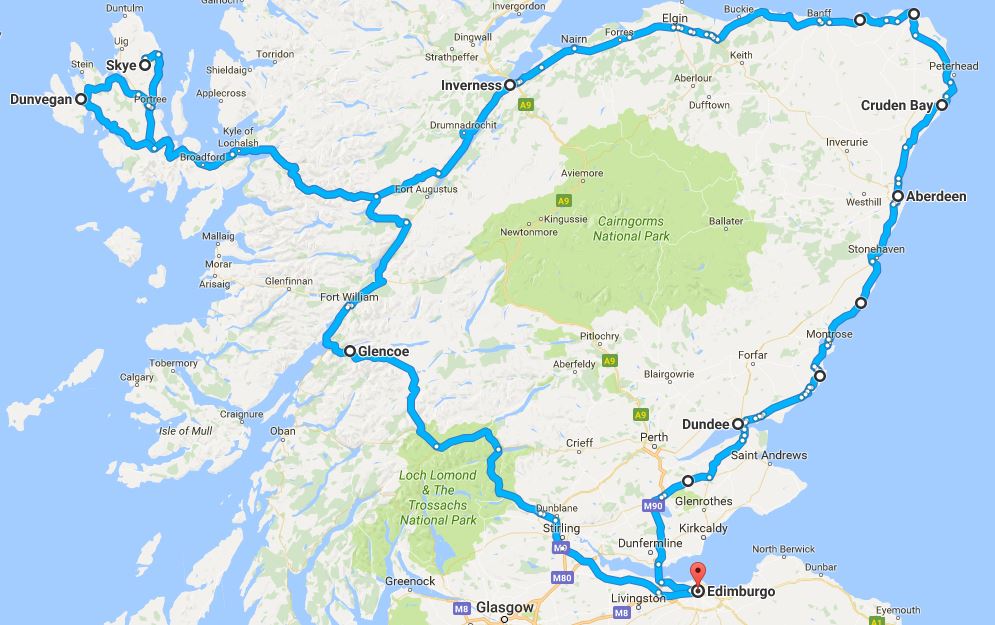 Balmarino Abbey:  the ruins of what in the 13th century was a magnificent Cistercian monastery tomorrow the River Tay. The abbey was founded in 1229 but, as happened to many similar places in Scotland in the 16th century it was attacked and destroyed during the Reformation. What will strike you looking towards the altar – or rather, the point where it once stood – is a huge, beautiful chestnut: the longest of all Fife.

Birkhill Castle:  nestled in a lush forest and a short walk from the estuary of the River Tay, this castle is the residence of the Counts of Dundee area and their four children. The castle is mainly rented for private events such as weddings or company parties: let’s say that if you happen around here you can entertain to take some pictures from the main avenue, reminding us that it is still a private home. 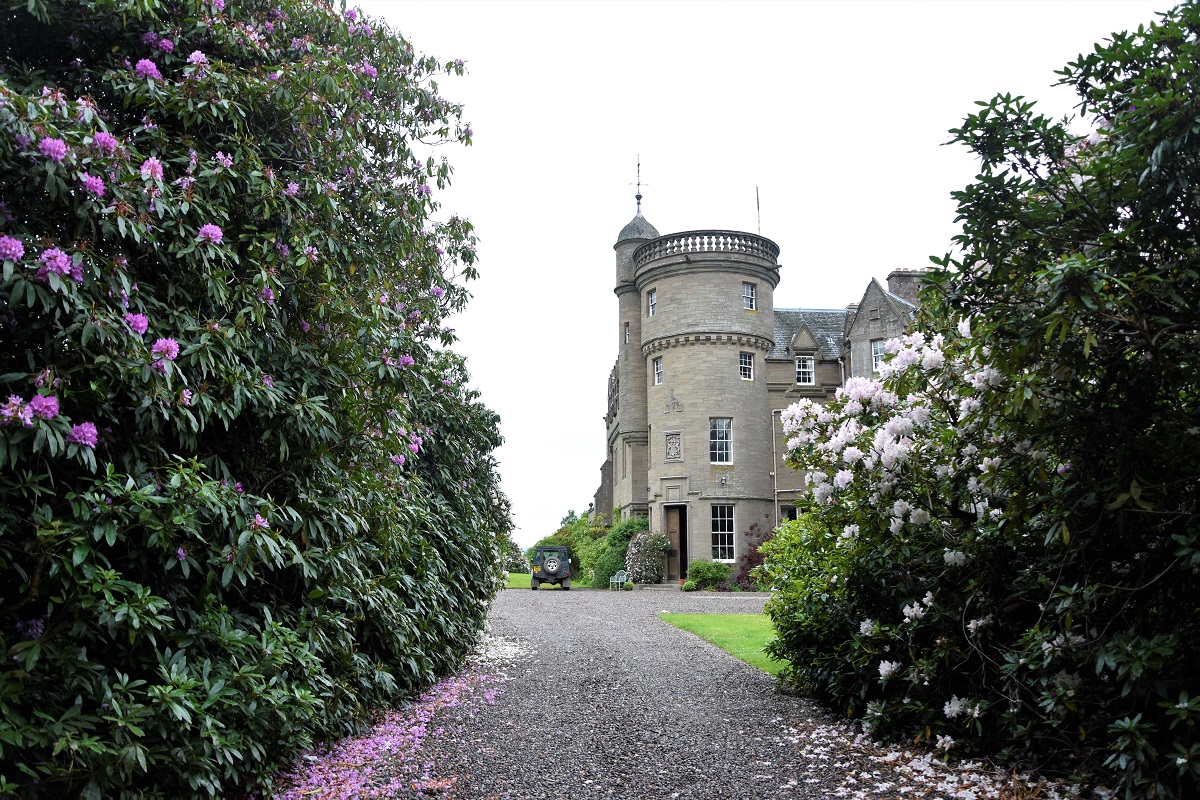 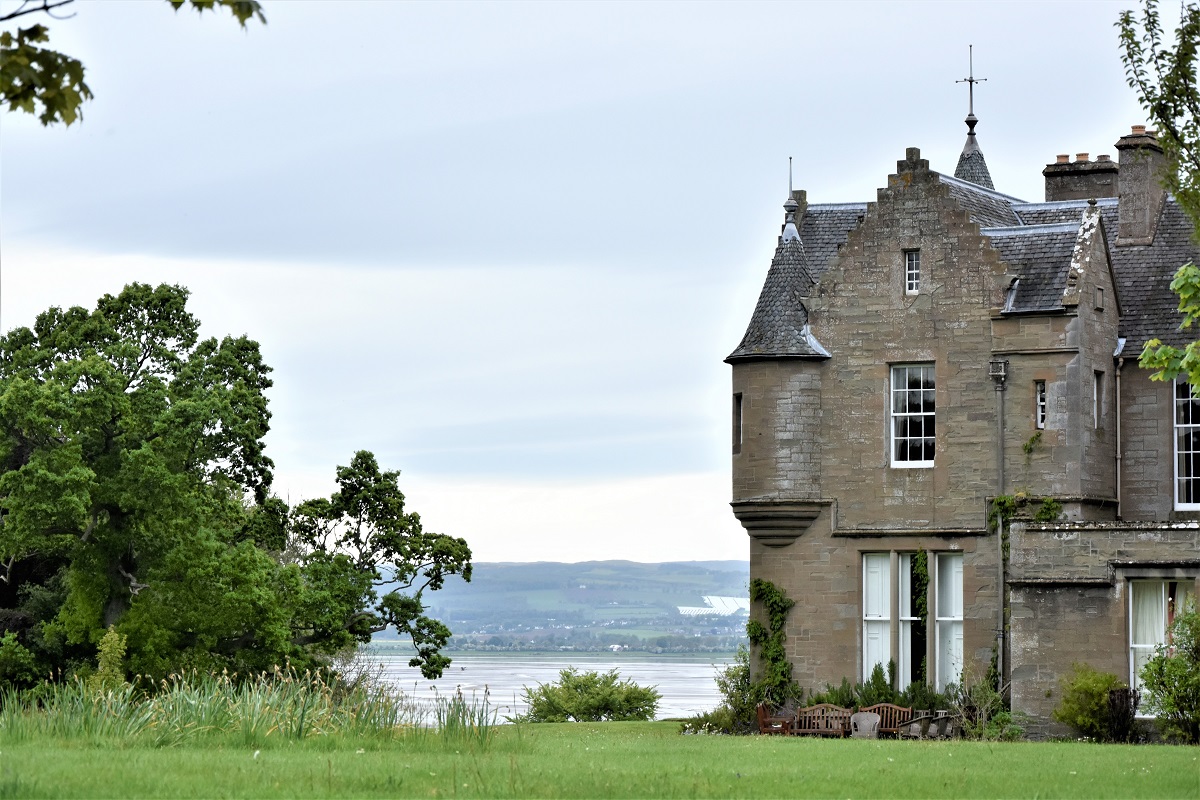 The area around the estuary of the Tay, where Dundee and other small towns like Newport-on-Tay, Tayport face I liked it a lot, especially for the presence of beautiful Victorian houses and a few historic building with bright colors – like the office Postal and pubs in the country – you meet along the way. Dundee itself is very pretty and picturesque, despite the 4 white tower blocks that appear on the horizon as you cross the Tay Road Bridge drastically spoiling the whole picture.

Along the way they meet various castles and forts, including the Claypotts Castle and  Broughty Ferry Castle both neighbors Tay estuary.

Going up north, we met the Dunninald Castle and stopped off at Scurdie Ness,  the promontory on which stands the eponymous lighthouse.

Near St. Cyrus, it is the Ecclesgreig Castle  on which at the moment do not add more because the brackets would be quite long, but I will return to tell his story.

Crawton , finally, it was a fishing village that was abandoned in 1927 at which lies the nature reserve Fowlsheugh, home to colonies of sea birds, including puffins.

That celebrations into the night in the beautiful  Meldrum House Country Hotel & Golf Course . Incidentally, even the medieval village of Oldmeldrum, which also houses one of the oldest distilleries in Scotland, the  Glen Garioch at least worth a quick visit to the historic center. 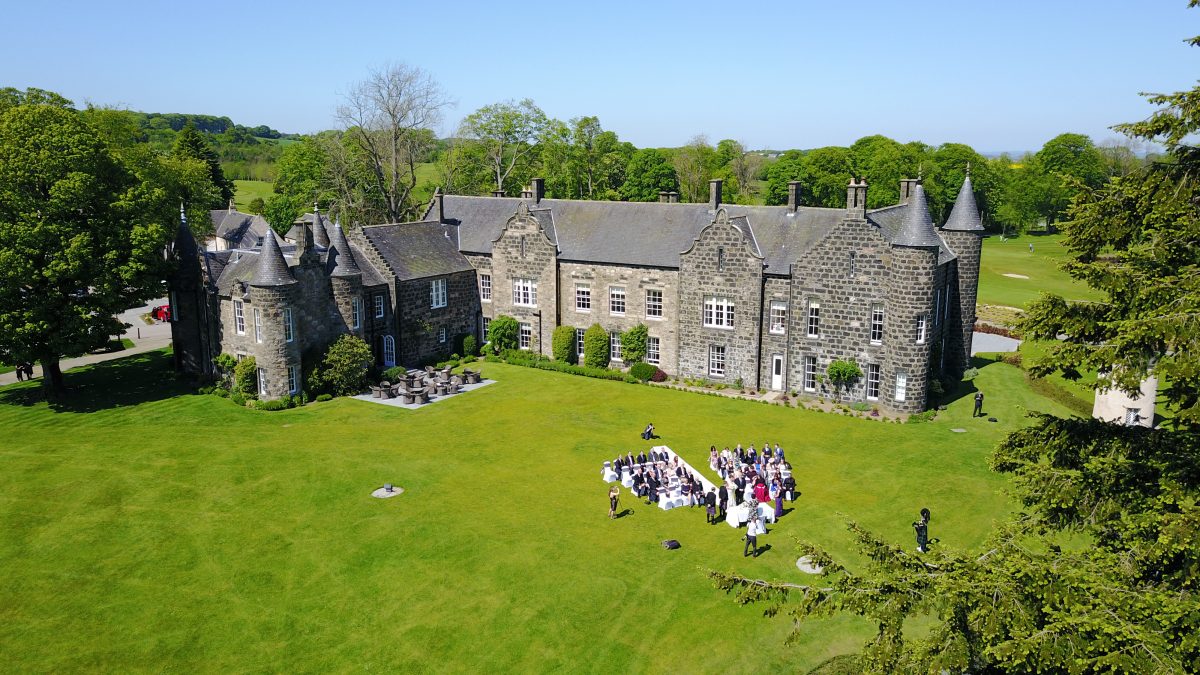 On this day my heart has fallen in love madly in Scotland. As I wrote on Facebook that the Isle of Skye is beautiful you least expect it, you give it for a fact even before we left, but the ‘ Aberdeenshire , with its hills with soft shapes surrounded by the sea, the succession of small villages fishermen typical architecture and the towering cliffs that catch my breath was the real surprise of the whole trip.

We moved from Cruden Bay , with its cliffs and rock arches shaped by wind and sea, along the northern coast via tiny jewels like Pennan , Gardenstown and Cullen , reaching probably one of the most representative and iconic castles Scotland, Eilean Donan .

After a brief stop in Portree, we made the turn counterclockwise island, touching the major attractions such as  The Storr , the Quiraing and Neist Point , but not all. Again, followed by a more detailed post on the itinerary of the day.

Nestled along the eastern coastline of Scotland, more precisely in the Kingdom of Fife, St. Andrews is a small, pre