It is said that Sion is the most sun kissed city in the whole Switzerland, even though when I decided to discover it, on a freezing Saturday in February, it introduced itself covered by a thick blanket of snow, under a grey sky which didn’t predict any good.

After an hour and a half of driving, along a highway that looked endless to me, finally Sion displayed itself in front of my eyes. It is unmistakable: two of its four castles, Valère and Tourbillon, each one standing upon its own rocky spur created by the glaciers, that shaped the huge Rhone Valley, overlook the entire city, undisputed leaders of the whole snowy panorama, surrounded by the Alps and the terracing, which slowly descent into the valley and make you crave a good glass of wine. 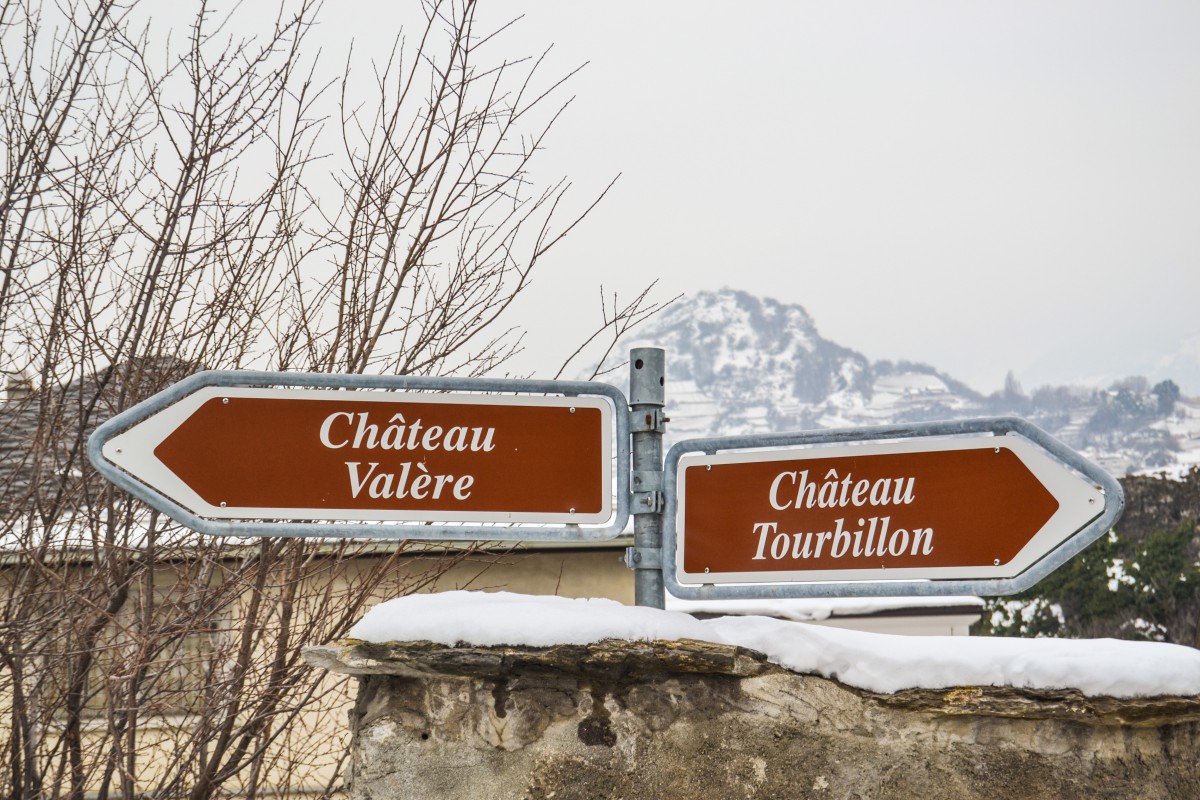 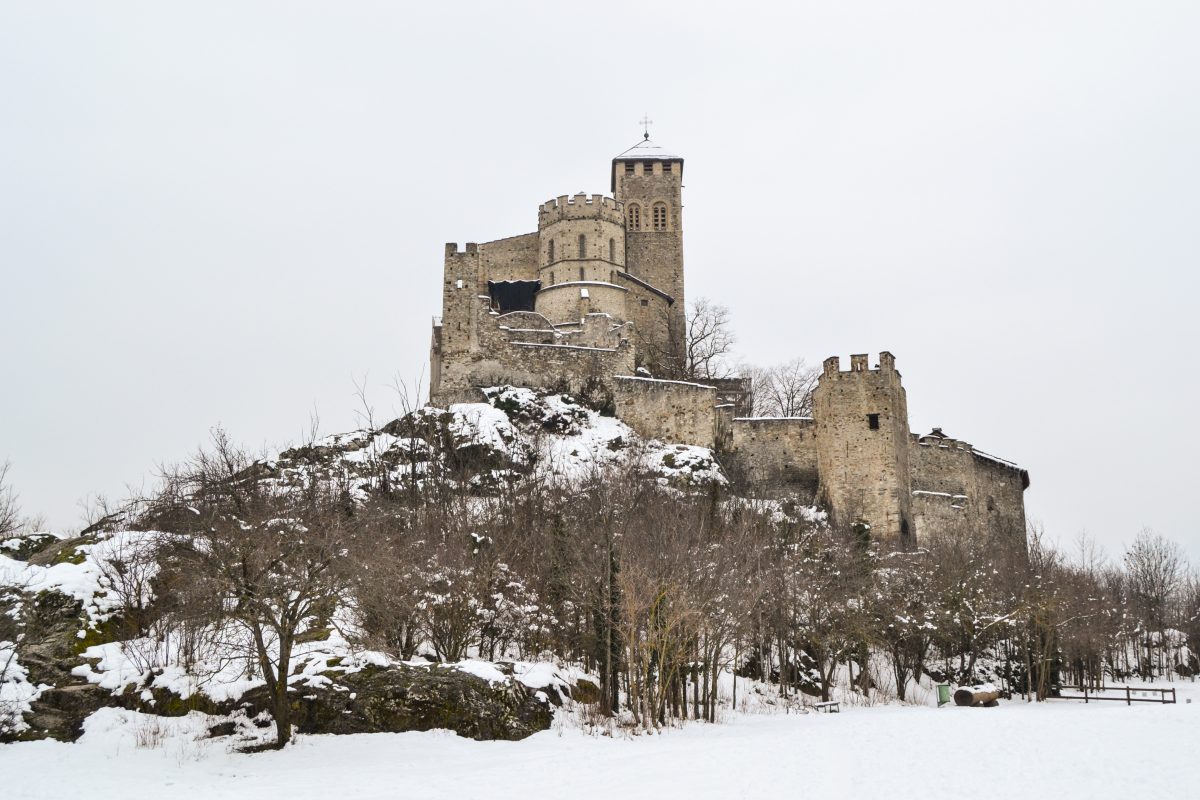 The Tourbillon Castle appears as a circular fortress, completely depleted inside, and, after a steep path, it offers a 180° view over the city; the same view, maybe wider, that can be enjoyed from the Valère Cathedral, upon the twin peak, which keeps still intact all its treasures: among paintings and sculptures, the gem starring in this theater of history and religion is doubtlessly the XIV century organ, one of the most ancient in the world to be still running. It is not that big, but still impressive: its shape reminds of a vessel sailing in the air and just now, while I am looking at the picture, I can get a glimpse of the entrance for the organist, which would have been otherwise a mystery for me. 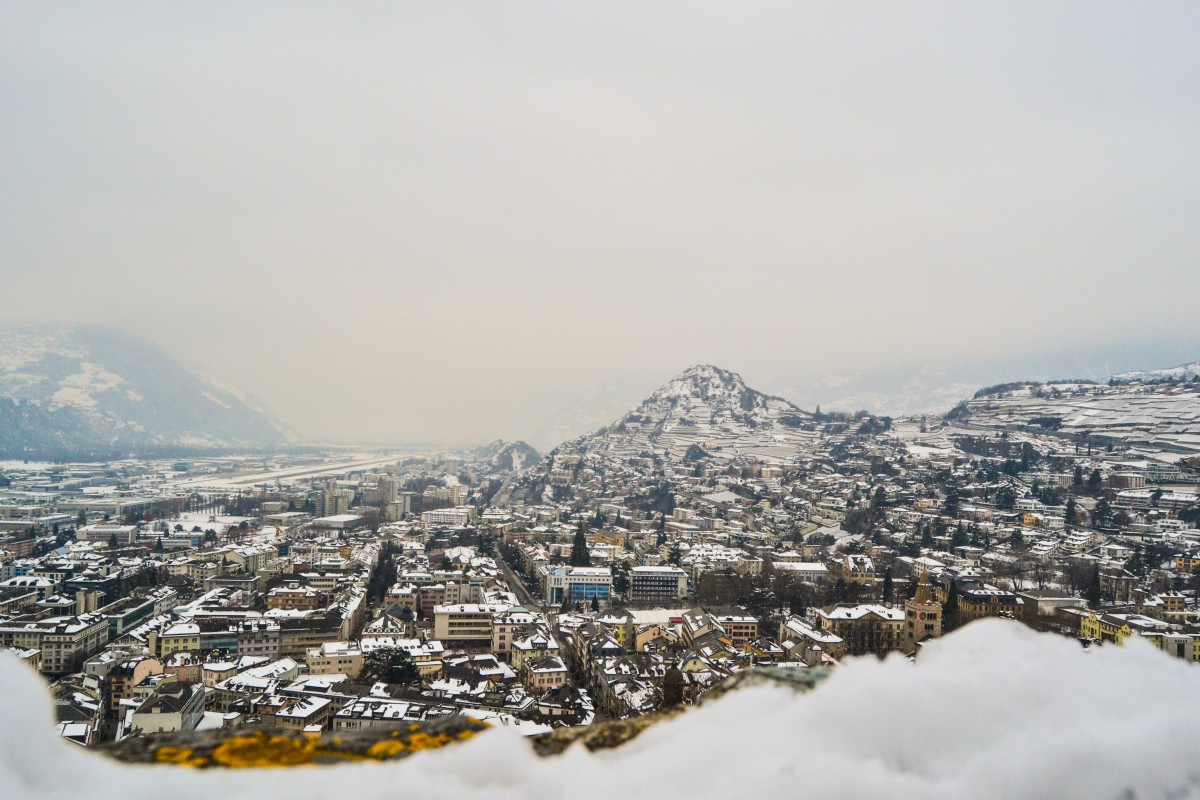 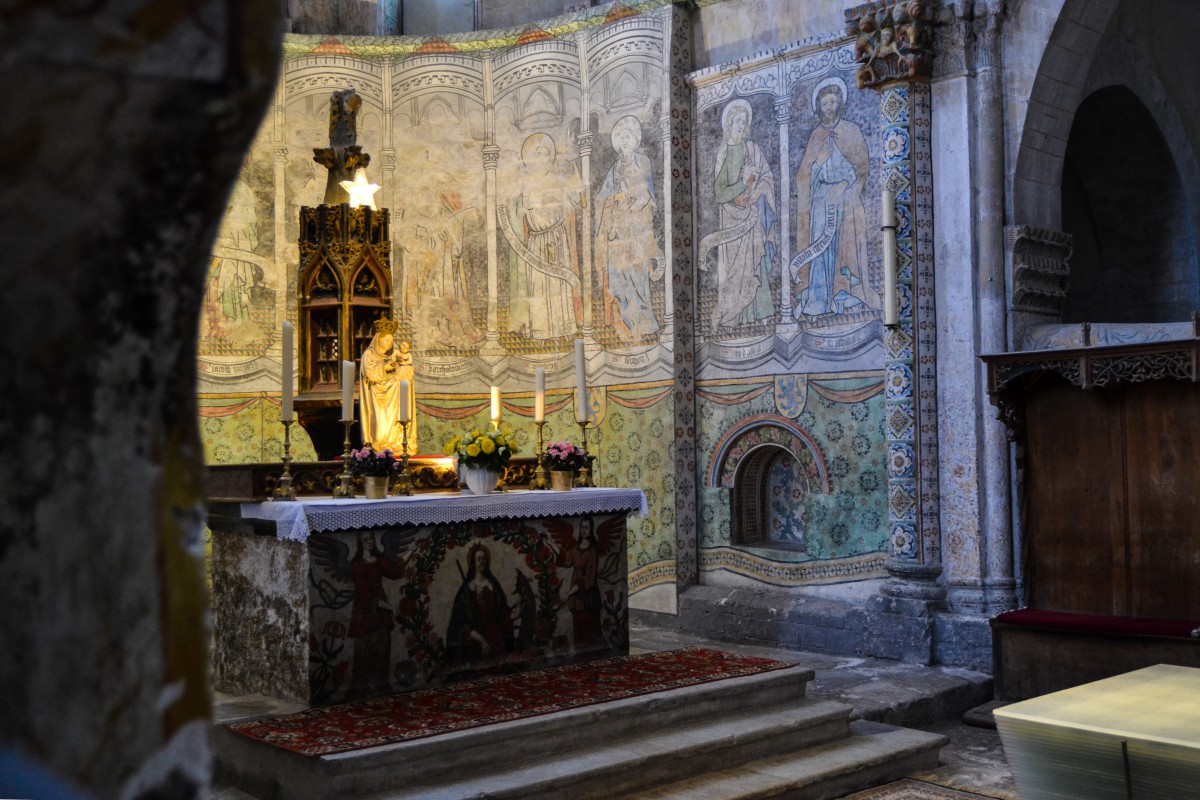 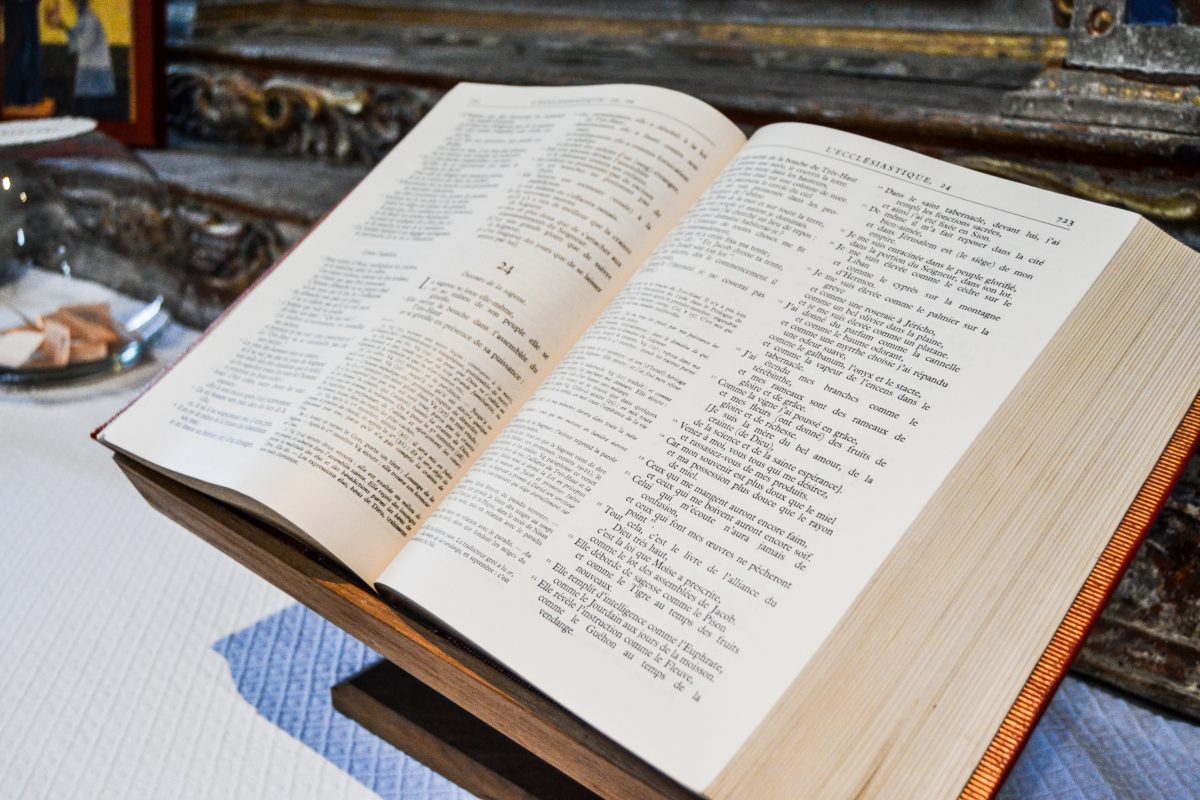 The sky has been steady all the time – neither a rain drop nor a sunshine ray – like the snow all around, silent and still, that suddenly comes to life between the hands of a brand-new sculptor, through the crunchy sound coming from the graceful steps of a carefree woman or those unsecure and slow of an elderly man too focused on its thoughts. My mind was just one, a question: how beautiful is the sound of the snow that muffled creaking that bursts out when you walk over? That creaking that sounds so good to me. 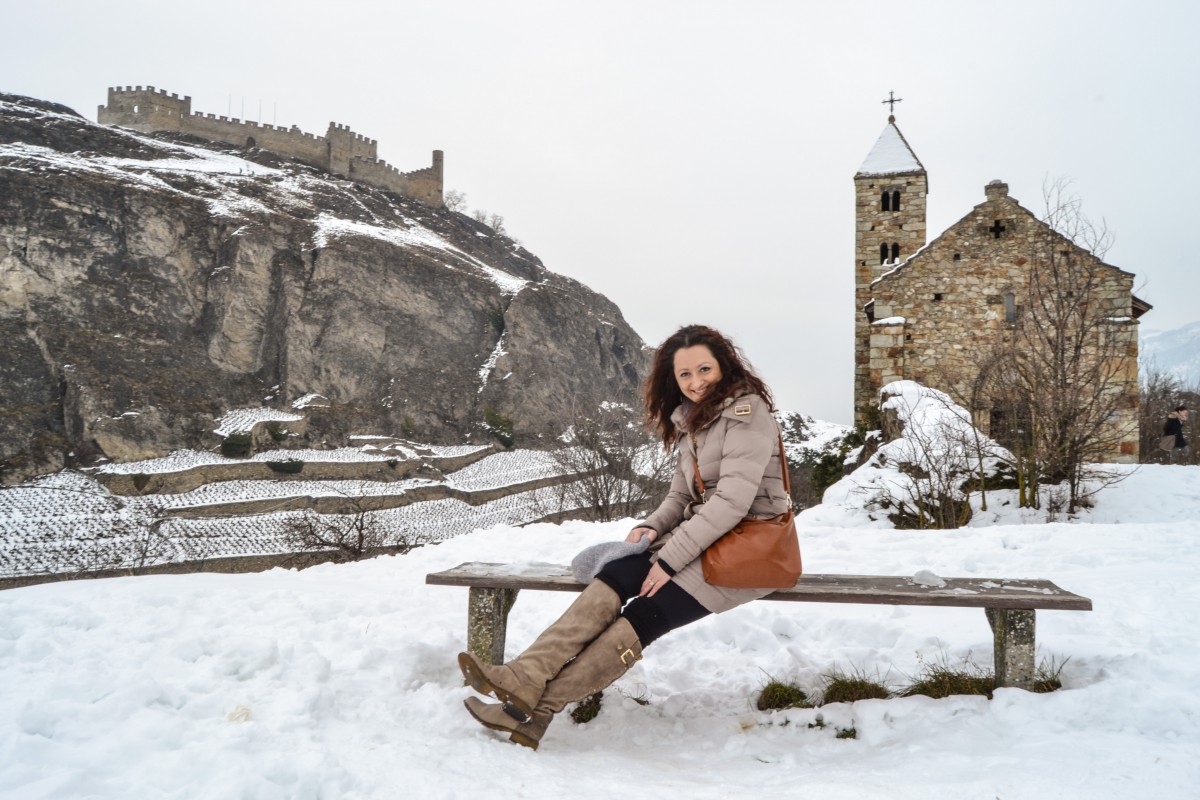 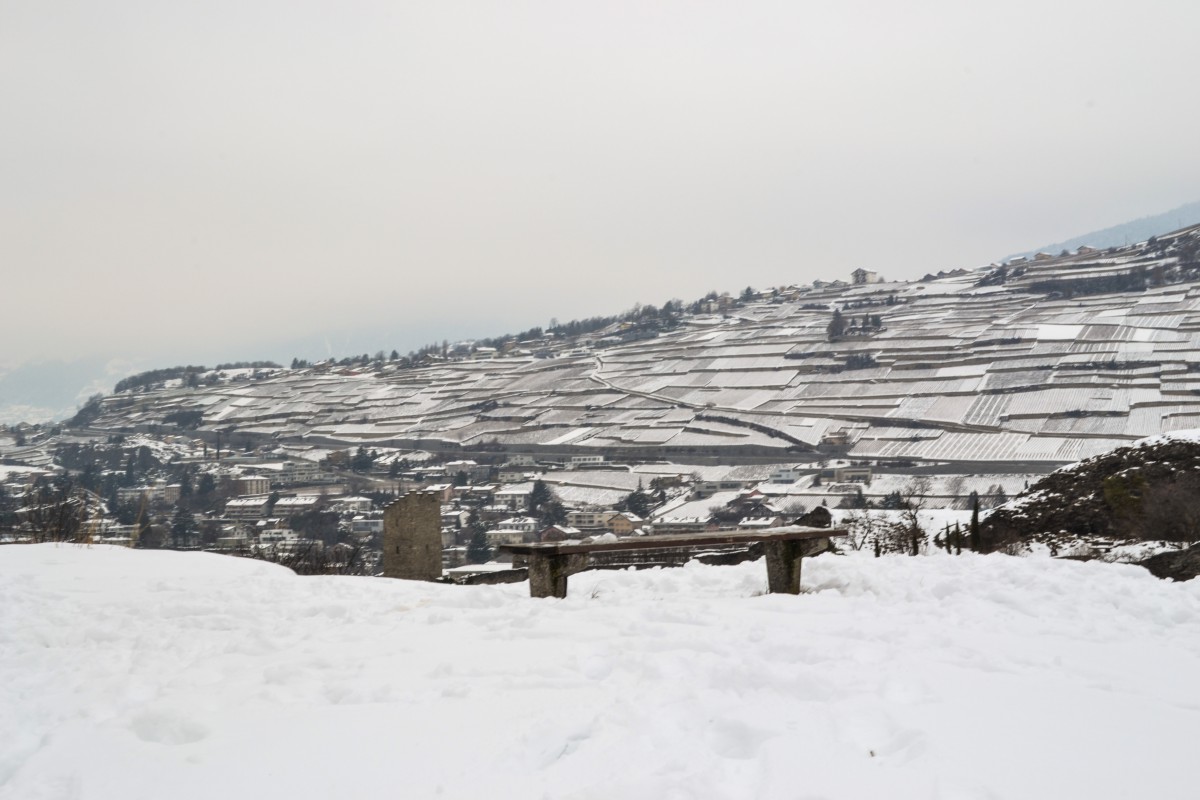 Down the hill, the old heart of Sion is an endless string of trendy shops and classy boutiques, museums and churches, curvy alleys that disclose charming corners and new viewpoints over the castles and the mountains to enjoy again and again. 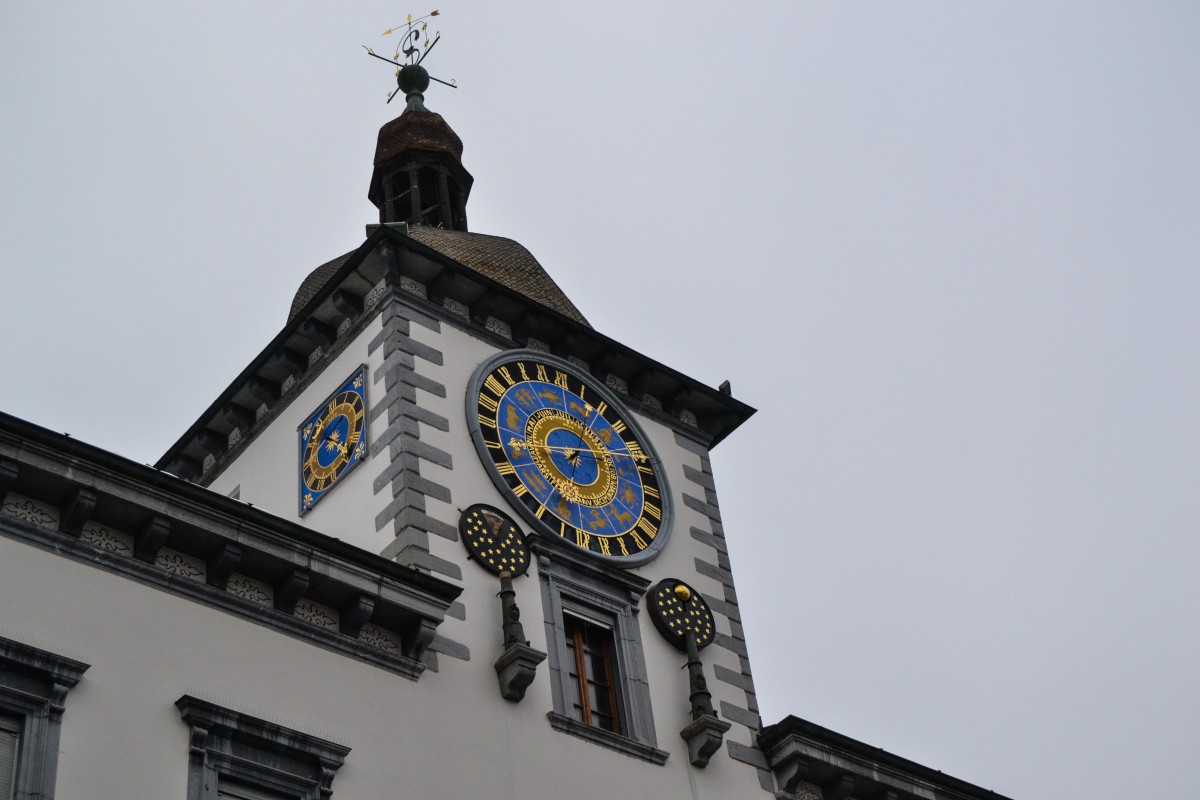 Valère  Cathedral: free entrance every day from 10 a.m. to 6 p.m. from june to september; from 10 a.m. to 5 p.m. from october to may. If you prefer a guided tour and have the chance to see the Heart of the Cathedral, it costs 4 CHF.

2 thoughts on “In Pictures: Sion”